Many years ago my VP asked me “So David, how many times are you going to slam your hand in your car door?”

He went on to add “Before you realize you’re causing your own pain!”

It made such an impression on me that I’ve used this line repeatedly for the past 18 years since Wayne first said it to me.

See what he w 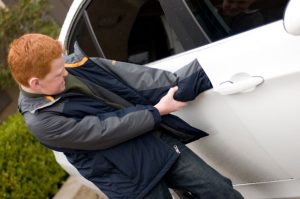 as saying is that I was causing the pain I was feeling on the job.  Others, while contributing to the pain, were actually not the cause.  I was.

How was this happening?

Simple.  I was doing nothing.  Yep, nothing.

The scenario was this:

I had empowered my team to come up with a new process for training customers on how and why we were changing our data collection process.  This was an important piece of a major process re-engineering.

I thought I was a good manager–one who set directions and goals and then trusted the team to work on the details before implementation.

Well, the team took the bull by the horns and sent invitations to our customers for an online training session.

Wrong.  In doing so, they had forgotten to include several important details.  On top of this, they scheduled the meeting in conflict with a sales meeting for all customers.  My VP was getting blasted by Sales VPs around the world.

So how was I causing my own pain?  Well, because this wasn’t the first time I failed to appropriately oversee progress.  I had forgotten an important lesson–that when you ask your team for something don’t forget to follow-up.  Always communicate.  No, it doesn’t stifle them.  No, it’s not micro-management.  It’s appropriate management.

What I learned that day was that difference between hands-on and hands-off management.

Because I had taken a hands-off approach (thinking that I was empowering them and letting them creatively work on a project), I failed to understand that my role was to work alongside them.  Instead, I had abandoned them.

I had put my own hand in that door and slammed it.

In one, a CTO was frustrated with one of his engineer’s design for a new feature.  Yet, he was hesitant to provide initial feedback  for fear it would stifle creativity.  A few weeks into the design, the engineer had changed gears and was now working on a new project entirely.  Unfortunately this was now going to cost the company both a loss in time and money.  The CTO was furious and ready to fire the engineer.  Yet, I remarked that the engineer wasn’t the problem–the CTO was himself the problem.  Not only did he take a hands-off approach but he also knew the history of this engineer was to miss deadlines.

The CTO caused his own problem, not the engineer.

And I saw it again in working with a VP regarding employee issues–particularly in confronting problem employees.  Recently, he received strong feedback from colleagues that a particular employee was making some fairly costly mistakes.  These mistakes were so drastic that the company lost two customers over a period of six months.  And while not all could be attributed to the same employee, all could be linked to the VP’s inability to address the mistakes the employee was making.

During my discussion with the VP, he kept saying that he really thought that he needed to give people space to do their work.  He went on to insist that this was an isolated incident.  He felt that the feedback from his colleagues was not something he needed to address but, rather, isolated.

The VP caused his own problems, not the employee (and not his colleagues).

Both the CTO and the VP were slamming their own hands in their car door.  No one else was doing it.  This was self-inflicted.

I know, I did it many years ago.

So, how do you know when you’re slamming your hand?

If you’re making the choice to not intervene before a problem spirals, you could be the culprit.

If you’re not giving enough direction up-front on the vision, goals, and schedule, you may be the one slamming the door.

If you fail to give parameters and milestones, your fingerprints are on the door.

If you think they will figure it out on their own, you are the one causing the pain.

If you think doing nothing is an option, then learn to live with the pain.